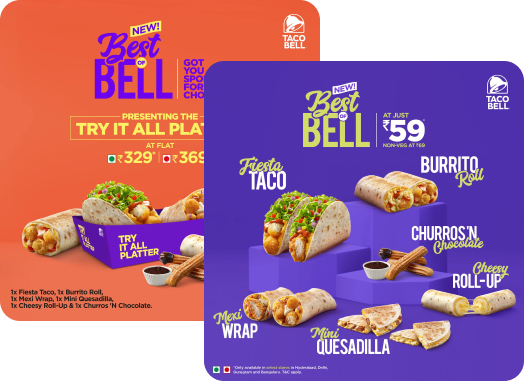 Taco Bell India launched Best of Bell menu across all their outlets. The launch was successful by running Product Launch Ops test in selected stores, Segmentation using AI/ML for sending personalized communication and Launch of the new menu to all customers with 30+ unique communications

ROI on the menu launch campaigns

Taco Bell has become one of India’s most loved fast foodchains in a short span of time. Burman Hospitality whichruns Taco Bell in India has already set up over 50 outlets inIndia and plans to scale to over 600 Taco Bell outlets in thenext 10 years.

➔ Taco Bell launched a new Best of Bell menu to attract the value conscious Indian customer
➔ To maximize the response of the launch, Taco Bell used AI to identify the most optimal audience for the campaign generating an 88x ROI
➔ 30% of customers who visited the outlets ended up trying out the new value menu
➔ Conversion Rate of the campaigns increased by almost 6x due to personalisation efforts.

Taco Bell knew that in today’s competitive market, personalizing marketing communication is no more a “cherry on the top” but a necessity for brands to enable. Customers don’t want to be bombarded with communication irrelevant to them. With that vision in mind to create personalised experiences for each customer, Xeno is lucky to be part Taco Bell’s CRM journey in India from day 1

A product launch ops test was conducted for Best of Bell Menu to study the consumer feedback and market sentiments of the target group and how the customers will perceive the launch. Product Launch Ops Test was conducted across 18 different outlets of Taco Bell over the span of two months; August and September. Over these two months, several metrics were tracked to gain insights on how customers were reacting to the menu. The results from the ops test proved successful and paved the way for campaign strategy for the launch across all stores.

Based on a customer’s favourite store, the in recency, frequency patterns & ATV the customer base was divided up into 12 segments. Then the communication drivers were defined for each segment.

Similarly, 10 unique contents were created basedon the each customer’s last order and in this processTaco Bell personalised for their lakhs of customers

Listen to Tushar Mehta, AVP Marketing, Taco Bell speak to Pranav Ahuja, CEO, Xeno about their story on building a partnership with Xeno.

🥳
Thank you for downloading!
Explore Success Stories
⚠️ Oops! Something went wrong. We couldn't register your response due to some issue. Why don't you try again or email us at marketing@xeno.in? 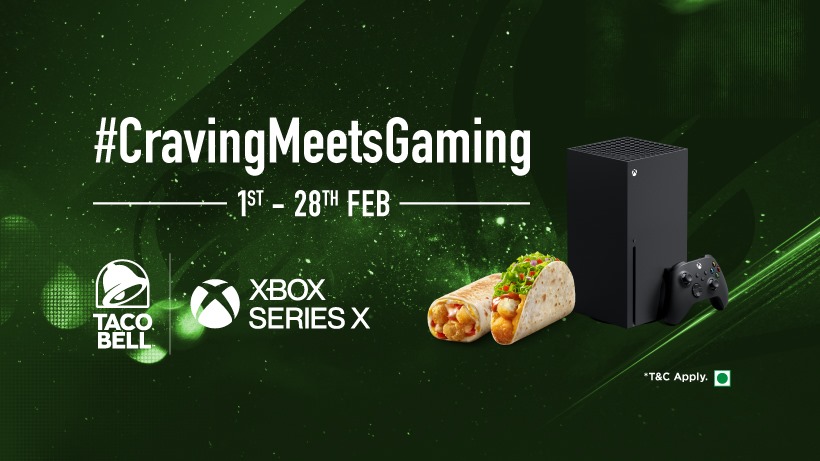 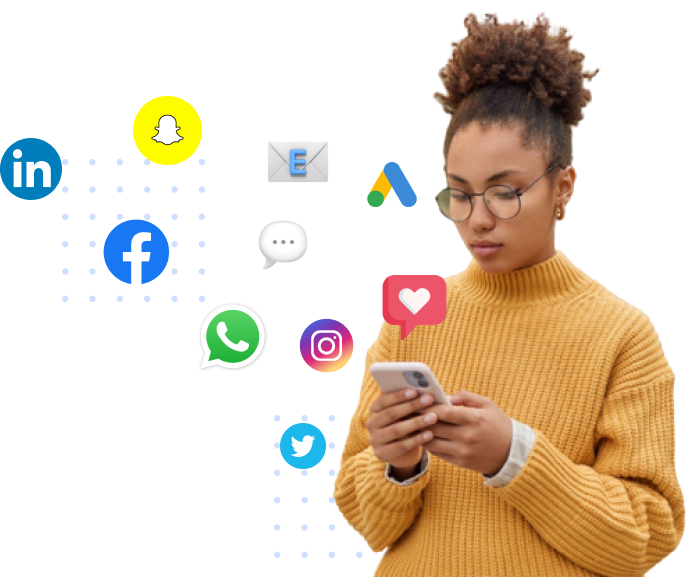 Complete the form to schedule time with one of our CRM Specialists today!

🥳
Wohoo, here's our first step towards creating magic. One of our CRM Specialists will be in touch with you shortly.
‍
Until then do you want to check out what other brands are achieving with Xeno?
Explore Success Stories
⚠️ Oops! Something went wrong. We couldn't register your response due to some issue. Please try again.
Still facing issues? Contact us.